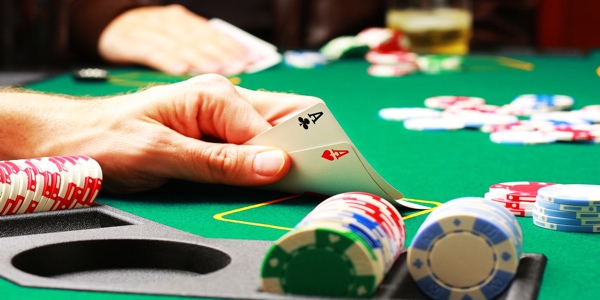 Is there a writer who ever played this game and hasn’t observed that poker’s a metaphor for life? A metaphor for life! If true, there should be important life lessons everyone can take away from the poker table — lessons which once learned and applied — ought to make it much easier for a poker player to survive in a world where the majority of people haven’t learned these advanced lessons for living.

Be Selective, But Be Aggressive
How true. In the real world you do have to pick your battles, and carefully choose when to retreat, (fold ’em) and when to draw your proverbial line in the sand (hold ’em). History is replete with examples. General Robert E. Lee, confronting overwhelming supremacy in men, munitions, and technology, was able to keep the Confederacy’s cause alive as long as he did because he picked his battles carefully. He did not engage the Union Army at every opportunity; he selected opportunities where he believed he could negate the Union’s inherent advantages and overcome them.

In fact, during the early stages of the war, Union General McClellan was unwilling to commit his troops, even when the odds were strongly in his favor. Like a player who is overly weak and overly tight, General Lee constantly ran him off the best hand. McClellan ultimately suffered the military equivalent of really bad beat he was sacked by President Lincoln, who, knowing his man held most of the big cards, wondered why he wouldn’t play a hand and therefore couldn’t win!

Know Your Opponents
If you can pick up tells in a poker game — where players take great pains not to broadcast them — think how easy it ought to be to read people away from the table. Yet how many of us really take the time to know our opponents. Your boss is in a nasty, irritable mood? Maybe you’d be better off feigning an emergency and postponing your annual performance review until next week.

Wouldn’t you stand a better chance of winning when you held a strong hand? Tackle a tough project now. Close that sale and make some customer so happy that he calls your boss and tells him how valuable you are. Once you’ve done that you’re holding strong cards — strong enough to stand up to your annual review.

Try it in your social life. You don’t have to be an expert on body language to realize that you’re not getting to first base with that woman who’s got her legs crossed, arms folded, and is leaning away from you with a bored, indifferent expression on her face. It’s time to try a new strategy, or be selective, fold your hand, and wait for some new cards to be dealt.

Do the Pot Odds Offset the Odds Against Making Your Hand?
No winning player would draw to a flush with 5:1 odds against making it, when the pot only promises a 3:1 payoff. The winning player will wait until the pot promises a payoff better than 5:1 before investing in it. The same thing is true away from the table. While real life payoffs can vary widely, your investments are usually time, money, or both. Is it worth your time to spend half a day trying to make a small sale, without the promise of greater rewards down the road, or are you better off courting one of your bigger, better customers?

Whenever you analyze situations like this, the answers often seem obvious. Still, people fritter away large amounts of time, not realizing that they can be horribly unproductive. Office workers spend hours dealing with problems and issues that may be urgent, but are often neither significant nor important.

Better time management frees you from dealing with issues over which you can exert little control, and have small payoffs. If you aspire to success, you’ll look for chances to capitalize on opportunity, rather than wasting your time fighting small, insignificant, brush fires.

Once you’re able to step back from the daily demands of urgent-but-unimportant issues, you’ll be able to see opportunities as easily as you saw that spending time with important customers was more productive than chasing opportunities offering insignificant payoffs for your efforts.

Have a Plan
If you have no standards at the, and adopt an any-two-cards-can-win philosophy, you’ll soon go broke. Knowing in advance which cards you’re going to play, what position you’ll play them from, and how you’ll handle different opponents, are key factors to success at the poker table. It’s no different in the real world. If you don’t plan, you’re just a leaf in the wind. While traveling in a random direction does get you somewhere, it’s probably not where you hoped to go.

Poker teaches you to plan, to have an agenda, and to pursue it aggressively. In the real world, if you don’t have your own agenda, you’ll soon be part of someone else’s. In fact, I’d guess that if you examined people foolish enough to join a cult, you’d find very few of them with a plan, an agenda, or a set of governing values to guide them.

Be Responsible. Never Blame Others For Your Failures. Quit Bitching.
Everyone’s, it seems, has their favorite bad beat stories. I’ve been around poker tables long enough now that I seldom hear one that’s unique. Moreover, I don’t care. So you lost in a way that defied all imaginable logic and odds. A bad decision from a floor person did you in. Who cares? Enough, already. It doesn’t change anything. You’ll never be a successful poker player until you accept full and complete responsibility for the results you achieve.

Real life is much the same. To succeed, plan on always being held accountable for your actions. So you weren’t born with Rockefeller’s money, Einstein’s brains, or Tom Cruise’s looks. Neither were most folks. Get up. Get on your feet. Play the cards you were dealt. Go on from there. Most of us do not come close to maximizing our potential. Some don’t even try. Like successful poker players, those who are successful in real life don’t place the blame for their failures anywhere but where it belongs squarely on their shoulders.

Be Sure You Have An Out
When I was 12 years old my arch enemy was an overgrown 13 year old named Zimp. He was always threatening to beat the crap out of me, and I had no doubt he could do it. But I had an out. Zimp was big, and Zimp was strong, but he was slow. Since I could outrun him, out ride him on my bicycle, and out climb him on any trees or garage roofs he’d try to chase me over, I could escape every time he decided to take a run at me. As long as I never got myself get cornered in a blind alley, I knew I could survive childhood until we grew up.

I also had another enemy, a kid named Skinny Vinny. Now I could take Vinny, but Vinny could outrun me, and I seldom caught him. Had Vinny and Zimp been card players they would have known that even though I was a favorite against each of them individually (I could take Vinny, and I could outrun Zimp) if the two of them ever teamed up, I was dead meat. All it would have taken was for Vinny to run me down, and keep me engaged until Zimp arrived to toss me a beating. Neither one of them had an ounce of brains, weren’t friends anyway, and never got together to conspire about how to take out their mutual enemy.

Next time you’re holding a pair of kings or aces, and thinking about just calling instead of raising to limit the field, remember Zimp and Vinny. They never got the better of me because each chose to face me individually — and I was a big favorite heads up. If they took me on together, I’d have gone from a favorite individually, to an underdog against their collective efforts.

I grew up in Brooklyn, in a neighborhood where street smarts were required learning at an early age. Maybe these street smarts helped me learn poker, and gave me the discipline to play it well. But I also believe poker gave me more street smarts than I ever would have garnered if I never played the game. Who knows? Maybe they’re mutually self-enhancing. If you keep playing the game, and listen to the messages coming your way across the card table, you’ll not only win at poker, you’ll win at life. Keep flopping aces! 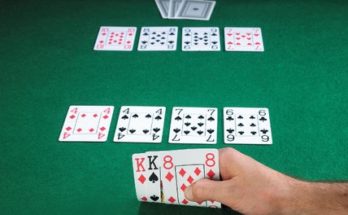 How To Use 5 Card Stud Strategies 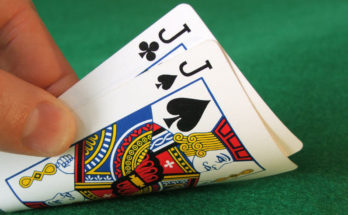